You are handed what appears to be a small gourd with an elegant metal straw jutting out at an angle.  You sip tentatively on it.  The liquid is hot as it hits your tongue, then bitter.  It takes you by surprise at first, but the flavour slowly grows on you.  Congratulations, you’ve just drunk your first mate! 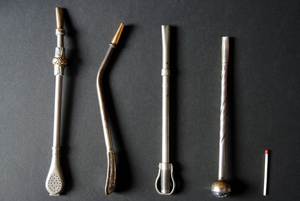 Though coffee is a very popular drink in Argentina, it is certainly rivalled by mate (pronounced MAH-tay), best described as a loose tea drunk through a curious kind of metal straw called a bombilla often out of a special gourd (though leather, porcelain, glass or wooden recipients are also options).  Its properties are not unlike that of coffee.  It has some degree of caffeine (or what Argentines will swear to you is actually “mateine”) and is a good drink for the morning or to get through that mid-afternoon slump. Like coffee, some prefer it with sugar or even honey and there is an ice cold version for hot days. 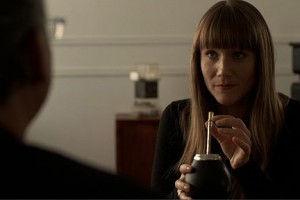 However, mate is more than just a drink.  When consumed in the company of others, it becomes a social custom with its own set of rules and rituals.  The gourd slowly makes its way around the room at informal gatherings of friends or even amongst colleagues at work.  One person holding a thermos of hot water, or sometimes a kettle, refills the gourd after each person has emptied it and hands it to the next in turn.  The order stays the same and drinking out of turn is seen as poor manners.  Being offered a mate by someone you don’t know that well is an invitation, a sign of inclusion.

Mate is so much a part of daily life that Argentines even have special verbs dedicated to this drink: matear, the action of drinking mate with friends, and cebar, serving a mate by refilling the gourd with hot water.  And it is by no means a custom confined to Argentina.  Uruguayans are known for drinking mate everywhere, a thermos handily tucked under the arm as they stroll down the street or lounge on the beach, and the drink is also popular in Brazil, Paraguay and southern Chile.  In fact, mate has been drunk in South America for ages, at least since the eighteenth century when gauchos (a rough equivalent of the cowboy) freely roamed the plains on horseback.  And it’s likely that they were introduced to the custom by the indigenous peoples who were here long before that. 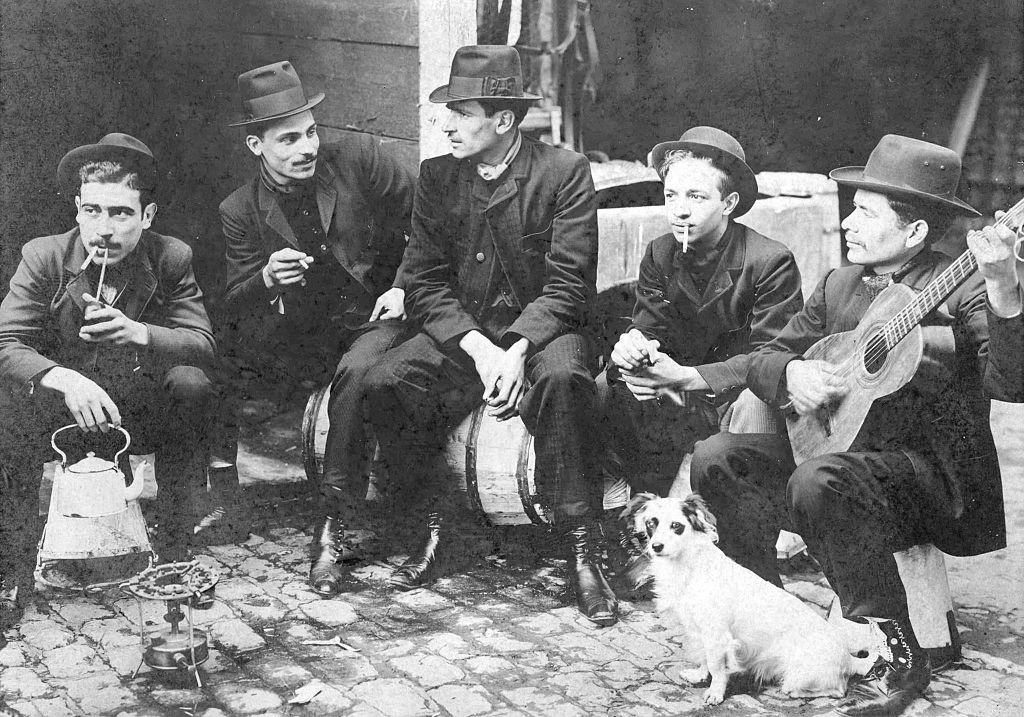 Often drunk at home or among friends, mate is not readily available at the local corner café.  However, spend any amount of time in Argentina and, given that people are generally outgoing and friendly, you’ll likely soon have the opportunity to try it.  And, if for some reason mate does prove elusive, a few of Buenos Aires’ more tourist oriented restaurants and cafés give customers the option of ordering it, thermos and all.

Given the drink’s long tradition, it is not surprising that popular wisdom is sometimes passed on through mate-related sayings, such as: He who stirs the mate, blocks the bombilla, meaning if you think too much about a situation, you’ll end up creating new problems for yourself.  Or the more flirtatious, tongue-in-cheek overture: We’re out of yerba mate, whatever shall we do now?

Rebecca Wolpin left Canada to hitchhike her way through Argentina over a decade ago. That first trip, stopping in all kinds of little tiny towns from south to north and meeting loads of interesting people, is when her unintentional love affair with the country began. After finishing her PhD in Spanish literature, Rebecca relocated to Buenos Aires where she currently teaches university courses on Argentine history and culture and runs her own translation agency, Bilingual Ideas. When she’s not at work, you can probably find her dancing tango.